Buprenorphine is a medication that can help suppress the powerful opioid withdrawal symptoms and help people treat their opioid addiction.  Buprenorphine is more commonly known by some of its brand name drugs, such as Suboxone, Subutex, and Subsolve.  Opioid drugs, such as morphine, oxycontin or heroin, have a variety of influences throughout the body, including the brain, where it produces an extreme sensation of pleasure.  Opioids do this by activating specific nerve cell receptors in the brain.  When opioid molecules attach to opioid receptors called mu receptors, certain brain cells are activated to release large amounts of Dopamine, which produces feelings of pleasure and reward.  This is the high that opioids provide.  The opioids are ultimately detach from the receptors, and the release of dopamine stops.  The high or pleasurable feeling also stops, and opioids need to be used again to recapture the pleasurable feelings.  When opioids are used repeatedly, the body and brain change, and you require high levels of dopamine in the blood stream just to feel normal, which is known as dependence.  You require a steadily increasing amount of opioids to reach the feelings of euphoria.  If you don’t have opioids, dopamine levels decrease, and withdrawal symptoms, such as anxiety, gastrointestinal upset, pain, and sweating develop.  The symptoms become so severe that people feel the need to use opioids again in an effort to stop the discomfort and get high again, and the seemingly endless cycle of addiction is established.

Buprenorphine can help to suppress the feelings of withdrawal and enable pursue treatment for opioid addiction.  Buprenorphine (Suboxone, Subsolve, or Subutex)  has a similar structure to opioids and attaches to mu opioid receptors in the brain, which triggers the release of dopamine.   When dosed appropriately, Buprenorphine cause enough dopamine release to prevent withdrawal symptoms but not so much as to produce euphoria or a feeling of being high.  By controlling the physical discomfort of withdrawal, patients are able to function without taking opioids and start a recovery program for their addiction.   Buprenorphine attaches tightly to receptors, so even if a patient relapses by taking an opioid drug, the Buprenorphine blocks it from activating mu receptors and producing a high.  It must be stressed that controlling physical symptoms of withdrawal is only one part of addiction recovery.  However, in many cases, buprenorphine enables patients to treat mental health and behavioral issues that usually accompany addiction. 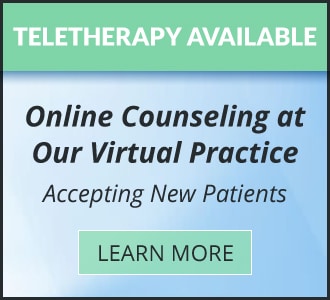