Attention Deficit Hyperactivity Disorder (ADHD) is a common childhood condition that impairs functioning in school, home and in the community. Individuals with ADHD live with consistent problems in inattention and/or hyperactivity. People with ADHD have trouble focusing their attention in a directed and productive manner during certain activities. Symptoms include hyperactivity, inattention, impulsivity, difficulty organizing, being easily distracted, forgetfulness, and fidgetiness. Researchers have found neurological differences between those with ADHD and those who do not have ADHD. Low levels of a neurotransmitter called norepinephrine and impaired neurological activity in the frontal cortex, limbic system, reticular activating system, and basal ganglia are the most notable brain altercations.

To be considered a clinical disorder, an individual must experience a certain number of symptoms and they are severe enough to cause significant problems in academics, occupational and/or social functioning. There are three types of ADHD: primarily hyperactive-impulsive type, primarily inattentive type, and a combined type.

According to the CDC, almost 10% of children ages 2 to 17 have been diagnosed with ADHD. School can be especially difficult for students with ADHD. Lorraine E. Wolf referred to ADHD, among other school related diagnoses, a “hidden disability”. Students often suffer a long time with school anxiety and performance issues. Even when they are formally diagnosed, they may continue to struggle. Additionally, many individuals with ADHD deal with comorbid mental health issues, such as anxiety, obsessive-compulsive disorder, autism spectrum disorder, and learning disorders.

Parents are continually seeking treatments to help their children. Adults with ADHD are also in need of effective treatments to manage their condition.  The most common treatment is psychiatric medication, such as methlyphenidate (i.e. Ritalin, Concerta), amphetamine (i.e. Adderall, Dexedrine), and modified stimulant formulations, as well as certain non-stimulant medications. Behavioral therapy that targets modification of adaptive behaviors has been shown to significantly help people with ADHD. Cognitive-based training targets improving cognitive performance using specialized computer software programs. Parenting training is a form of therapy intended to assist parents in better supporting their children. Another promising treatment is neurofeedback.

How Does Neurofeedback Work for ADHD?

Neurofeedback is a form of neurotherapy that utilizes a computer interface to train individuals to improve their brain functioning. The neurofeedback system measures brain wave activity (i.e. electroencephalogram or EEG) using scalp sensors. These EEG patterns are ultimately “fed back” to the user in real time, usually via a computer game or sound.  The type of feedback is based on the user’s performance. The user is rewarded when the brain produces intended EEG patterns.

In ADHD individuals, the goal is to optimize brain wave activity that reflects a reduction of their symptoms. After numerous sessions, the user should be able to modify his or her own cognitive performance without the use of a computer. Randomized control trial studies have shown that approximately 30 to 40 sessions were as effective as methyphenidate in reducing inattentiveness and hyperactivity, as well as contributed to improved academic performance.

Where Can I Get Neurofeedback?

Dr. Mazzei is a Health Psychologist and board certified practitioner of neurofeedback. She works with children, adolescents and adults with ADHD to improve their brain functioning and overall life satisfaction in their school, work and social lives. When you first meet Dr. Mazzei, she will get a better understanding of your unique situation and then establish a treatment plan. During therapy, you will continually make modifications to ensure that you are receiving the best care. To schedule an initial consultation, please call our office at (480) 448-6755. 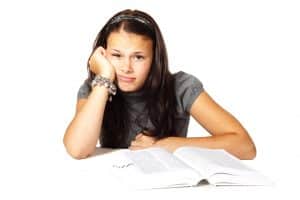 Dr. Mazzei, Health Psychologist, believes that everyone is capable of change, especially when empowered and supported to reach one’s goals. She works collaboratively with patients to relieve emotional distress, to improve your mental and physical well-being, and to help facilitate positive life changes and personal growth. Overall, she aims to provide a warm, empathetic, respectful, and supportive therapeutic environment. Dr. Mazzei is an experienced therapist who provides in-person and online counseling services for individuals living in Chandler and throughout Arizona, Illinois, Tennessee, and PSYPACT states.